[28Apr2013] I am in the process of getting Magic Lantern (ML) to compile and run on a 650D on Mac OS X Mountain Lion. I decided to add yet another howto for this as the others I found were for slightly older versions and I ran into some hiccups along the way.  I am currently able to compile an autoexec.bat for the 650D but have not tried running it yet.  I wanted to try to get this down before I forgot too much. The guide assumes you can Next through a standard installation.  More complex installs will be called out.

Xcode is available on the Mac App Store.  Open up the store and download and install Xcode (free).

You will need to install the command line tools from within Xcode.  Open Xcode. Go to Preferences (Cmd + <comma>). Go to the Downloads tab, Components section.  It should look like this: 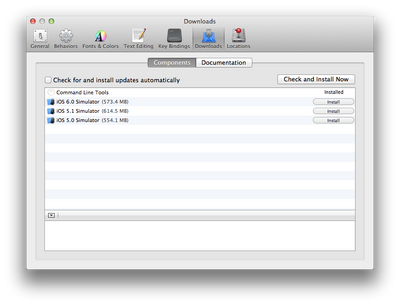 Select the install button next to Command Line Tools.  This will download and install the tools.  You will need to agree to the EULA using the command line.  Open Terminal and run the following.

"Read" the EULA. Hit the spacebar to proceed.  At the bottom, type agree to agree to the EULA.

Mac OS X uses bsdtar by default. I howto's have mentioned switching the default to be gnutar.  To do this, run the following commands in a Terminal shell.

The second line may ask for your password.  The third line will output a version message that should include GNU.

ML requires some denpendencies that can be install from MacPorts.  MacPorts can be found HERE. I used the pkg installer.  Download the Mountain Lion installer and run the standard install.  You will need to close any Terminal shells the were open before installing MacPorts to run the command port.

To install the denpendencies, run the following command in a new Terminal shell.

MacHg is a nice GUI for accessing a Mercurial repository.  You will also need hg for the command line for the make files to run properly.  You can find MacHg HERE. Unzip and run the standard install.

To setup the ML repository, select Clone a Repository in MacHg. Enter magic-lantern for the short name and https://bitbucket.org/hudson/magic-lantern/ for the Server URL. 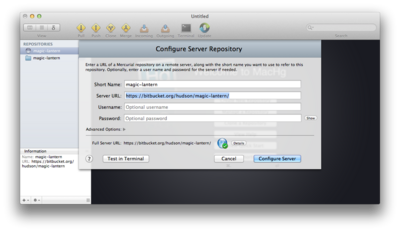 For the clone setup, you can keep the short name the same.  Make sure the Local Path is /Users/<your_username>/magic-lantern  This should cause the least amount of issues later.  Click Clone Repository. 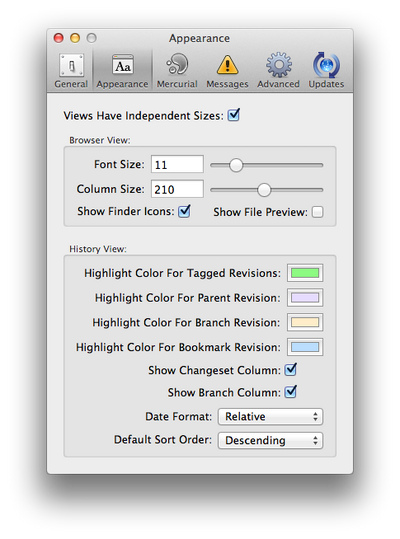 ML is currently using the unified branch of the repository.  To get on to this branch, open Preferences in MacHg and go to the appearance tab.  Make sure that Show Branch Column is checked.

Save the preferences. Select the clone (local) magic-lantern repository. Switch to the Detailed view. Use the gear on the right side to navigate to the tip of the unified branch.

The revision should be labeled tip and unified with color coded tags. Right-click on the revision and select Update Repository to Revision.  You can select the clean checkbox to remove any changes or not if you have made changes you want to keep. Click update.

You will also need a command line version of hg. You can download it HERE.  Unzip and run the standard install.  You will need to close any open Terminal shell windows to be able to use the hg command.

Download yagarto from HERE.  The install is a bit different from normal.  It is described in the README, but I will go through it briefly here.  Mount and open the dmg downloaded from above and agree to the terms (if you do agree). Create a directory that you want yagarto to be installed in.  I suggest ~/yagarto.  Run the below lines in a terminal or use the finder GUI.

Copy the yagarto-<version> bundle into the newly created directory.  Double click on the bundle and it will install itself into the directory that contains the bundle (should be ~/yagarto).

Retrieved from "https://magiclantern.fandom.com/wiki/Toolset_Prep_for_Mountain_Lion?oldid=15857"
Community content is available under CC-BY-SA unless otherwise noted.